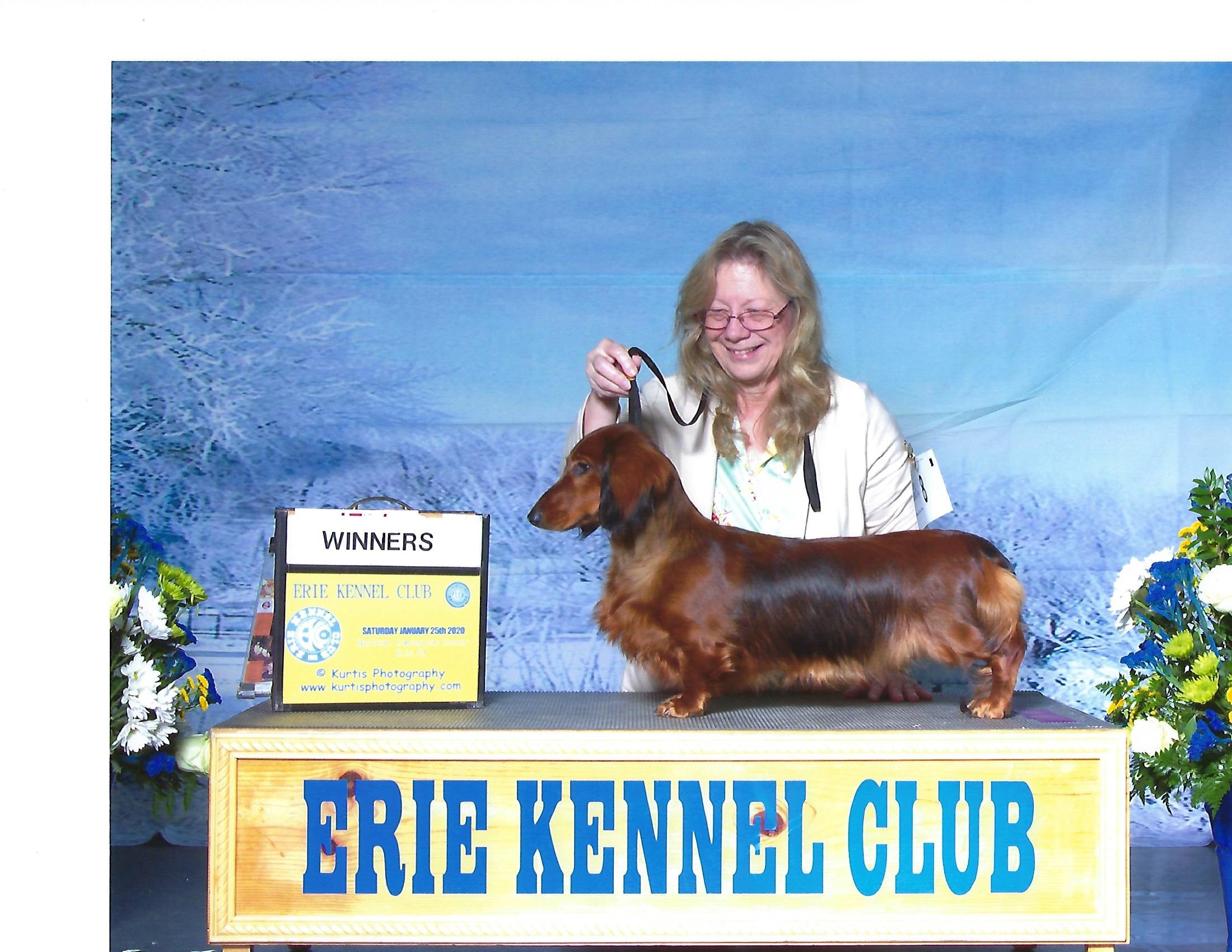 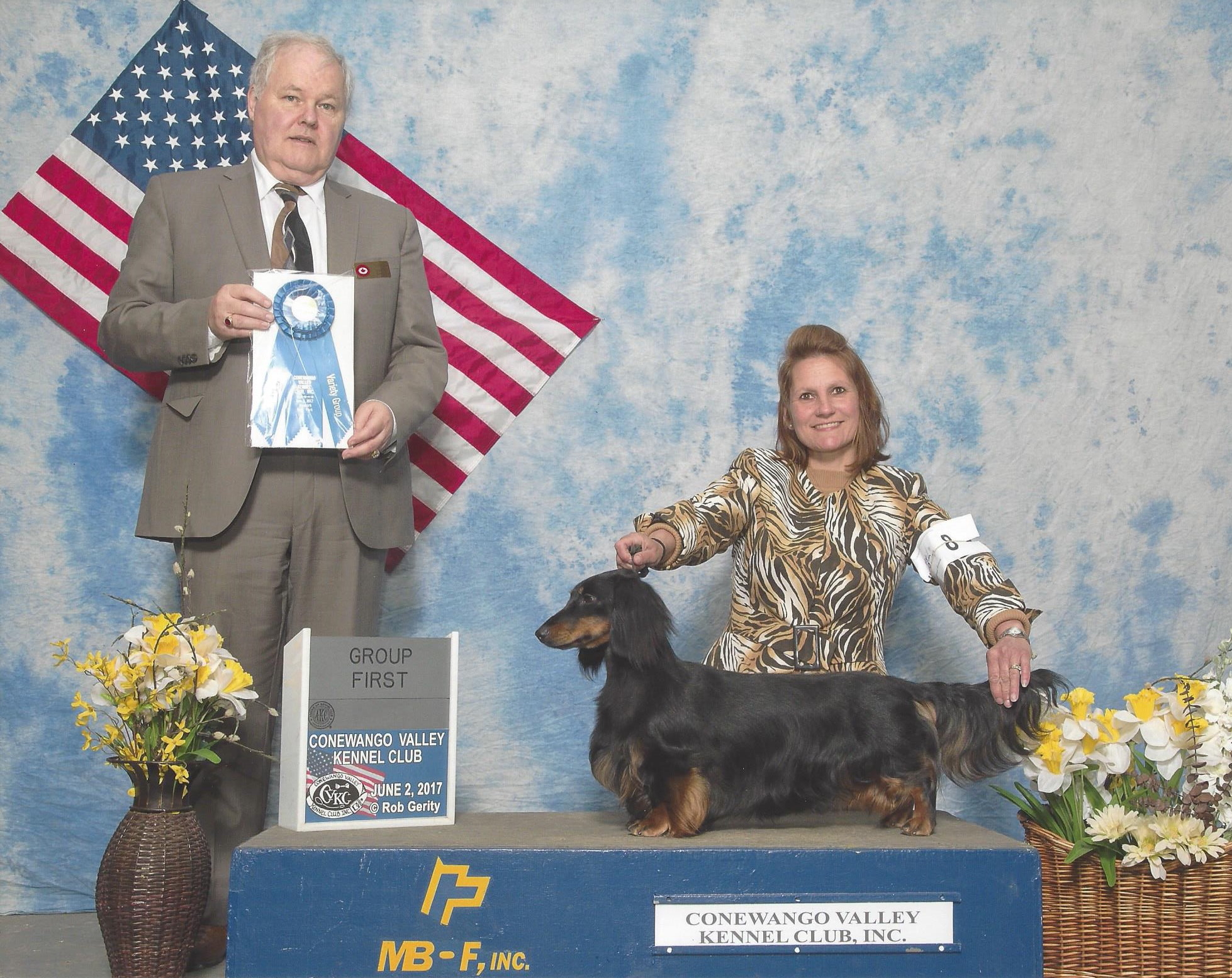 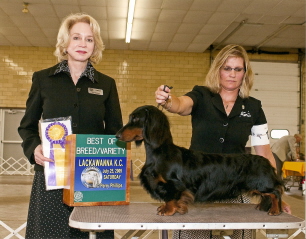 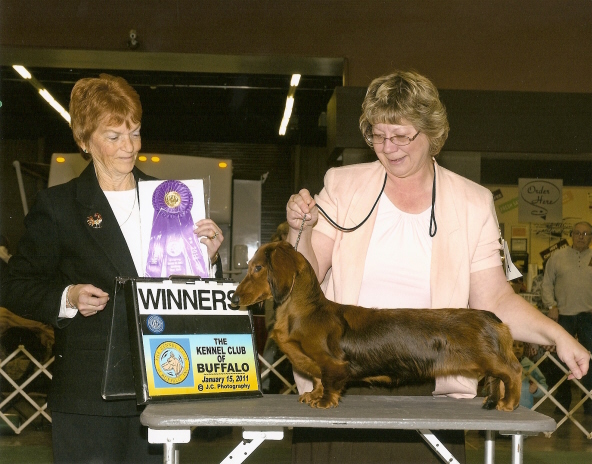 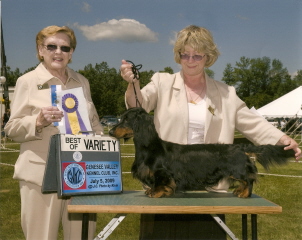 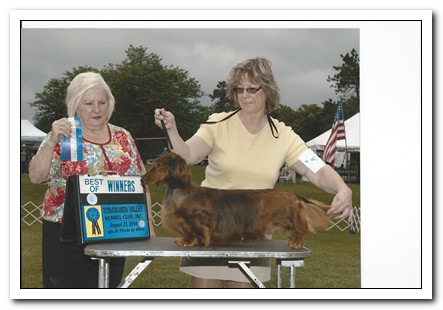 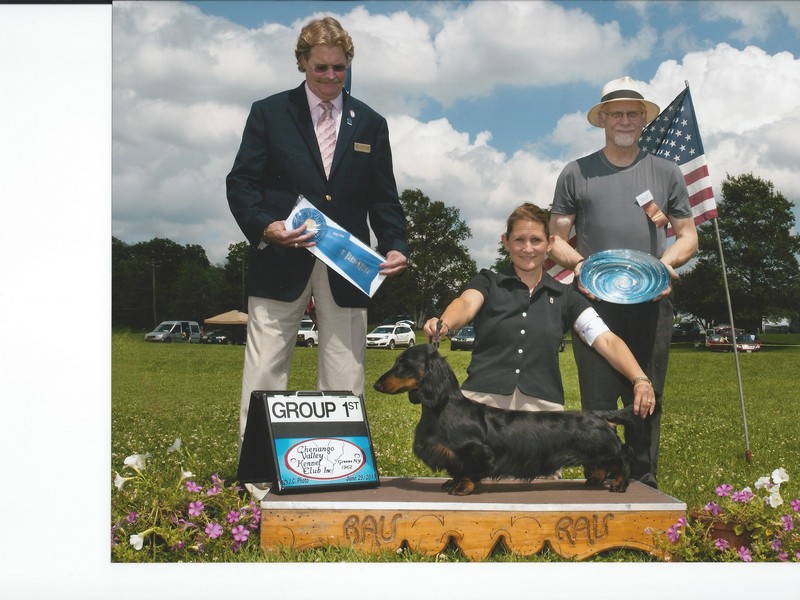 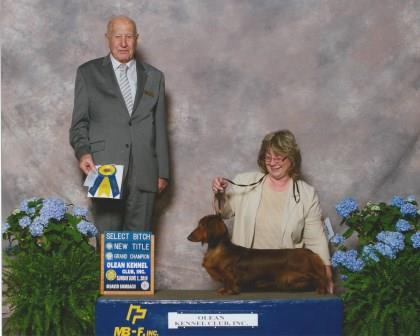 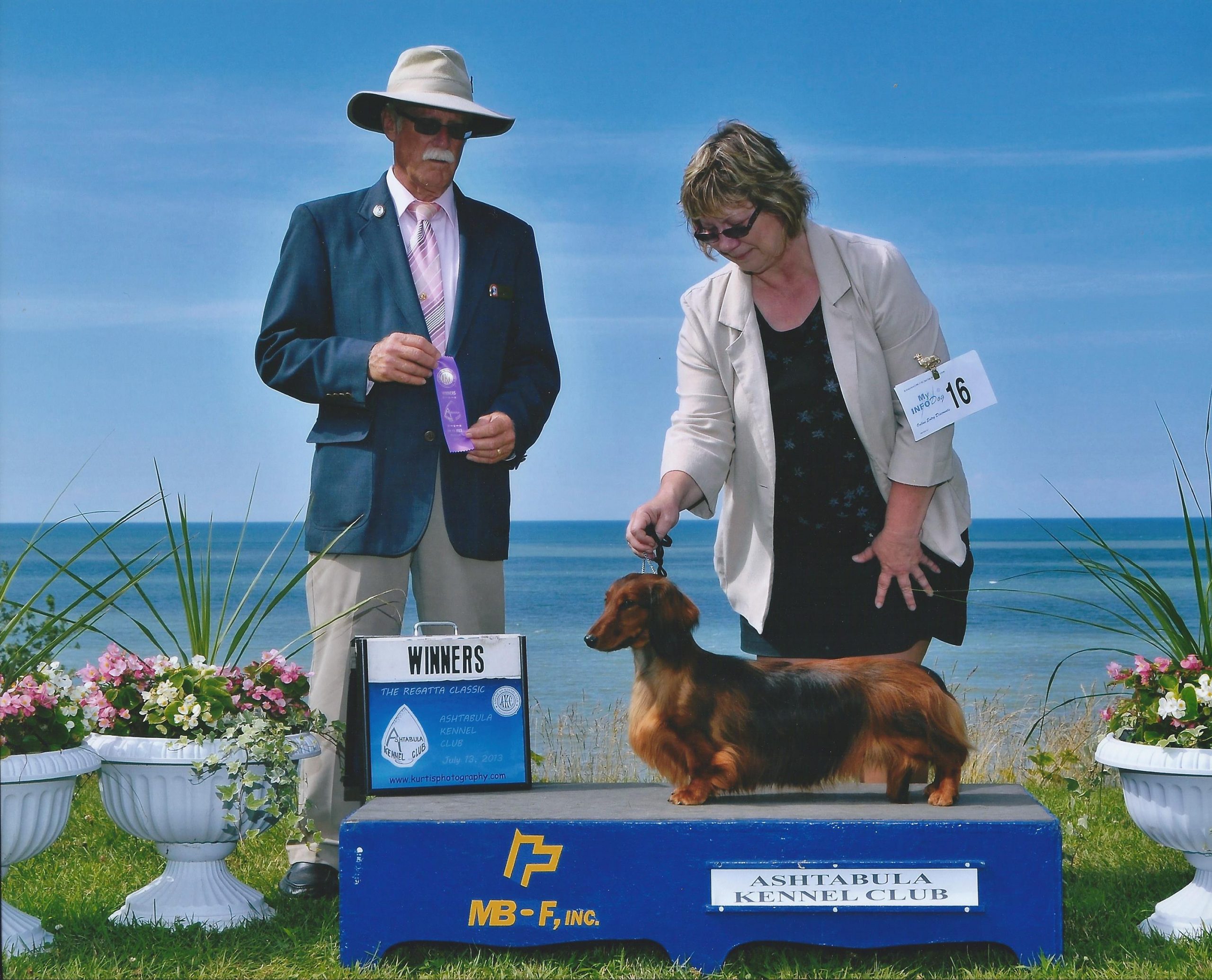 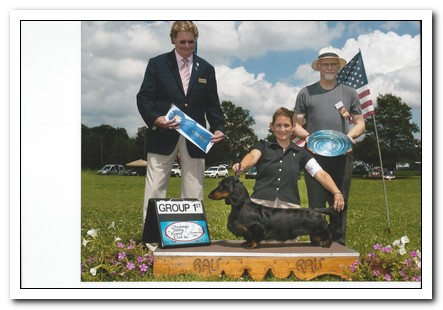 Dachsadore Elegance All Her Own SL earned Winners Bitch for her first point at the Erie, PA show in January 2020.

CH Telkel Vision of Love SL earned a four point major at the Henrietta, NY show for her Championship.

Telkel Vision of Love SL won a Group One at the Dunkirk show in June 2017.

GCH Dachsadore Star Shadow’s Dancer SL won her Championship in York, PA on March 14, 2014, and on June 1, 2014, she earned her Grand Championship at the Dunkirk, NY show.

A Sambuca son, Schultz, earned a Group 1 in June 2013, and is also a Champion